The invention of the alarm system is worthy of note, given that it is one of the most dependable systems in the world today. If we were to be completely honest, we would find that there is at least one alarm system in every single urban and even rural setting.

In this blog post, we will discuss the history, the primary reasons for the invention of the system, and why these security resources are essential for the safety of your property.

History of the Home Security System

Mrs. Marie Van Brittan Brown put up the first invention of the home security system. Marie desired a more secure atmosphere at home. She occasionally felt worried when she got home late.

Between 1960 and 1965, severe crimes in Queens increased by approximately 33%, and police responses to requests for help were slow. Mrs. Brown invented the home security system in 1965.

Her first creation included a camera, peepholes, a two-way microphone, and monitors. The final component was the alarm button, which alerted the relevant authorities. Today, the system has been cited in over thirty patents in the USA alone.

Here are some of the reasons why the system was invented:

The response time by the authorities during emergencies was often slow in the 60s. Mrs. Brown sought methods to raise personal security levels at her homestead.

She sought to design a system that could notify her of who was visiting her house and swiftly alert the appropriate authorities in case of impending danger and robbery incidents.

Albert Brown, Marie’sMarie’s husband, was an electronics technician, and Marie Brown was a nurse. Due to their irregular work regular hours, the Browns were concerned about their safety and that of their property. They sought to create a system to secure their home whether they were around or away at work. The Queens, New York, neighborhood was experiencing a high crime rate at the time. The security threat faced in her community imparted Brown’sBrown’s idea.

There was also a vocal component for Brown to communicate with the person outside. The door could be remotely unlocked if the guests were welcome or anticipated. By pressing a button, the police would be alerted if the person was thought to be an intruder.

All these features are built on the foundation the Browns created. Tiny enterprises, single-family houses, small offices, and multi-unit structures like condominiums and apartments continue to use this revolutionary idea.

Burglary crimes are frequently one opportunism. It has been demonstrated that blatant alarm system signage, including yard signs, stickers, and exterior cameras for video surveillance, go a long way toward deterring burglars.

Research indicates that over 60% of burglars planned their break-ins less than 24 hours before trying. Additionally, 83% of respondents said they searched for alarm signs first and that if they saw any, they would give up.

Even though property crime has decreased drastically over time, defending what is most valuable to us is still good practice. A home security system provides protection and peace of mind for your loved ones and belongings. 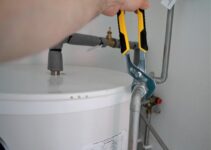 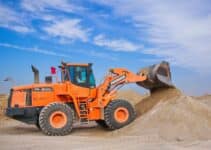