For years, solar power was synonymous with either massive factory-scale installations or prohibitively expensive rooftop arrays. However, technological advancements have made solar energy significantly cheaper. Even better, solar energy can be transported wherever you go. Many reasonably priced power cells are available, making them ideal for use while camping, hiking, or just out and about during the day.

Power cells are quickly becoming a must-have item for outdoor enthusiasts and a dependable tool for city workers who rely on computers and smartphones to get through the day. If you’re looking to buy one, you may have heard of the brand 4Patriots. The company has developed a battery that can be recharged by plugging into any available outlet anywhere in the world. Our Patriot Power Cell reviews will give you the information you need to decide whether this product is right for you.

What Exactly Is a Power Cell?

A power cell is “an arrangement of galvanic cells for storing electricity”—in other words, a battery. Other names for power cells include portable chargers and power banks. The popularity of mobile devices has led to a demand for compact backup power sources that can be easily transported and offer a reliable source of charging in case of an emergency or power outage.

Nearly 25% of the sun’s energy can be converted into electricity by commercially available solar cells, typically used in large-scale applications. The most powerful foldable chargers will have this feature. When assembled into portable solar panels, these cells can generate enough power to replenish the juice in USB devices and still weigh less than a pound, making them a convenient option for backpacking trips anywhere in the world.

4Patriots has a long history of providing survival food kits and emergency preparedness equipment. Even though it is not a specialized solar equipment manufacturer, its Patriot Power Cell, introduced in 2014, is one of its best-selling products.

Patriot Power Cells are solar-powered, ultra-portable chargers. The device can charge any USB device and is small enough to fit in your pocket. This water-resistant, portable charger contains 8,000 mAh of power—enough to recharge most smartphones 3 to 6 times. The price of this product is one reason for its popularity. Still, you should consider other factors when making your decision.

The battery capacity of the Patriot Power Cell is 8,000 mAh. This is enough to charge most smartphones 3 to 6 times and can be recharged using any USB port or adapter. Once fully charged, they can last for about three months—known as their “shelf life.” In other words, a 12-week gap is enough time to leave the unit untouched and still have it functional. It can also perform 500 full charging and discharging cycles before reaching the end of its useful life.

A Patriot can be charged with an AC outlet in about six hours, while some solar power generators can charge in just 2 hours. This is a little slow, but altogether not too bad. However, charging the Patriot’s internal battery with solar power can take up to 40 hours! This refers, of course, only to peak sunlight–40 continuous hours in ideal conditions.

The Patriot Power Cell has limited charging capacity, even by industry standards: it offers just two USB Type-A ports. Modern portable power banks typically have at least four such outlets. It does not support USB Type C ports, so if you have a newer smartphone or tablet with this charging technology, you will need to purchase an additional adapter or buy a different power bank.

The Patriot Power Cell has a water-resistance rating of IP67 and includes an LED flashlight. It’s also fairly rugged, with its rubberized exterior—and it’s lightweight to boot! However, numerous consumer reports state that it is prone to malfunction and failure. Its bulky size makes it difficult to carry in a pocket, and the charging cable’s short length limits its utility.

Is Patriot Power Cell Worth It?

The Patriot Power Cell is less expensive than most other power sources, but that saving comes with a few sacrifices. It doesn’t have enough storage capacity or charge capabilities to serve as a primary means of battery backup during an emergency. The inconvenient AC charging and its three-month shelf life make it impractical.

The Patriot Power Cell has a small solar panel. It takes several days to charge fully—assuming you have ample sunlight in your area. And even if it does work, the slow trickle of power available from this “solar” charger is so insignificant that most people will never notice any difference between using traditional electricity or relying solely on their battery’s stored energy.

As a whole, we cannot recommend the Patriot Power Cell. It fails miserably in every category that matters for actual use or performance. However, given its low price, it’s not a huge gamble; a more capable solar power bank manufactured by a reputable solar firm is always the better option. A more expensive, high-quality model will guarantee an uninterrupted power supply.

Many alternatives might meet your needs better than the Patriot Power Cell. We propose the following portable chargers for charging your electronics from the sun:

The Lion Cub Go differs from the Patriot Power Cell because its solar panels are not integrated. However, it is distinct in that its solar charging system works—it can be fully charged within three to six hours using a 20W (very small) panel. It can also be charged via a regular wall outlet.

When fully charged, it has far more power options than the Patriot.

The Lion Cub Go has a full-size AC plug, two USB ports, and a DC power outlet. Its battery is rated at 150W—enough to run a small refrigerator. Plus, it’s powerful enough to keep you going off-grid for an entire year!

We recommend the Blavor Qi Solar Power Bank if you need a small, portable solar bank to charge a couple of phones. It has a 20,000mAh capacity and dedicated Charger-Qi wireless technology. Dual USB and reversible type C ports allow you to charge two devices at once. Its quick-charging feature can provide up to 18W of power, automatically adjusting to the connected device. Unfortunately, it also has a low-powered solar panel that requires days to recharge. However, in terms of functionality, the Qi Solar Power Bank is slightly superior to the Patriot Power Cell. The Qi includes a flashlight, a larger battery capacity, a durable body, and a compass. 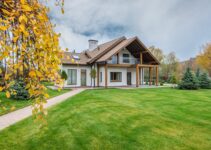 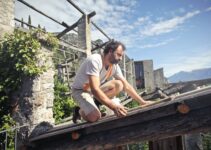